I did a little experiment with worm castings last week and wanted to share the results with everyone.

Here are the results: 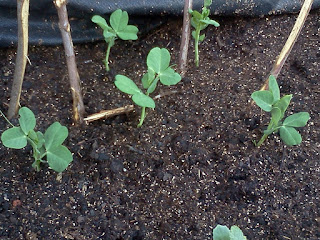 Without-Okay, but much smaller with no branching and fewer leaves 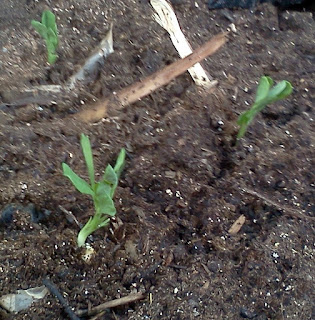 Why should you consider adding worm castings to your soil? {if the pics above alone don't convince you}

Worm castings are the end / waste product from earthworms, usually the red wiggler variety.  Worm castings improve the soil by adding massive amounts of micro-organisms and beneficial bacteria into the soil.  They are generally high in nitrogen so they are fantastic for new plantings / foliage growth.  They also don't leach out and contaminate groundwater like other fertilizers tend to do.  This is due to the ability of the worm castings to latch on to the soil.  It's an unscientific explanation but that's how it makes sense to me.

Some people take the worm castings and make them into a worm tea.  I have not had as much luck with this method and in fact ended up burning and killing plants because the mixture became too strong.  Even diluting it 100:1 still was too strong.  Mixing in the worm castings directly into the soil has only given me great results and seems to be less time intensive.

There is much you can 'google' and read about the scientific aspects of worm castings.  People have grown vegetables to epic sizes.  Think Jules Vern! Have fun, and go get some worm poop!
Posted by OCGardenJen at 10:03 AM

Email ThisBlogThis!Share to TwitterShare to FacebookShare to Pinterest
Labels: Gardening